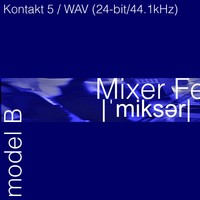 Designed by Taichi Furudate, these patches are based on audio captured from a no-input mixer, an instrument contrived by connecting the output of an audio mixer with its input to incite feedback. The second in a series of four titles, each centered on a different mixer, this release features a contemporary, mass market model by a German manufacturer.

The timbres generated by the mixer used in Mixer Feedback model B K can be described as “like a cheap digital synthesizer”, according to Taichi Furudate. Due to its inexpensiveness and replaceability, this model is the most violently handled mixer in his collection (it has been thrown during performances), and bares damages to its electronics, resulting in a highly “customized” device. Driven by his preference for physical interaction and “rough and chaotic” behaviors of no-input mixers, this model is often configured with a piezoelectric microphone and a small speaker to form the feedback loop. In this configuration, the angle, position, and pressure of the two components serve as parameters in which to acoustically shape the feedback signal, by introducing precariousness and imperfection.

Mixer Feedback model B K is available to purchase for $29.99 USD. 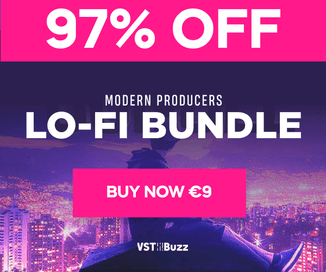