112dB has released version 1.1.7 of Cascade, a free feature update of its synthesizer instrument for Windows and Mac.

This update includes a new pre-filter that gives more sophisticated control over the Cascade synthesis and enables you to bring more definition to the sound. New LFO waveforms expand the sonic possibilities of Cascade, and ENV 2 has been improved to give you more control over the envelope curve. Additionally, more than 40 new presets have been added that make use of the new enhancements. 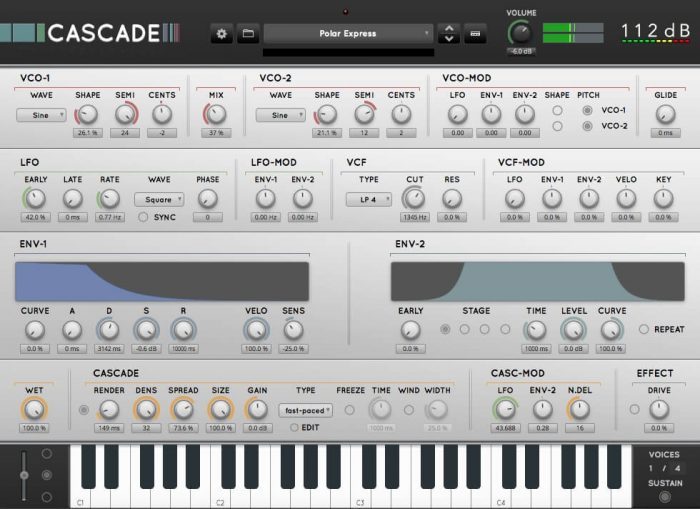 Cascade for Windows and Mac (VST/AU/AAX) is available for purchase for 159 EUR. The update is free for all registered users.
An unrestricted 60-day evaluation version is available for download.