Since the previous alpha release, the plugin has been updated with additional plugs for HP and LP filters and various GUI improvements have been implemented. 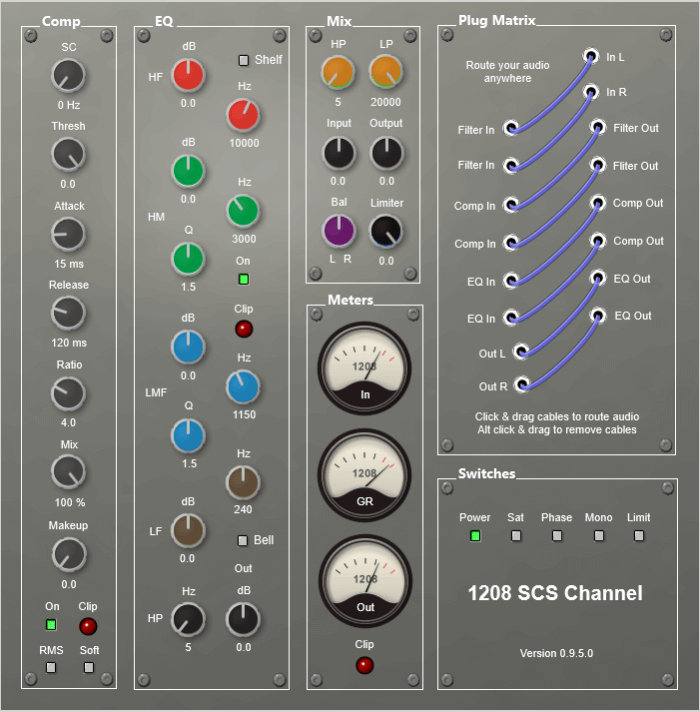 A versatile channel strip that sounds great on any mono or stereo tracks even a bus. Freely routable, for easy re-ordering of effects using the Plug Matrix.

SCS Channel is available for download as a 32/64-bit VST plugin for Windows.