123Creative has launched September Deals 2015, offering up to 50% off on Dubstep, House, and Trance sound libraries. 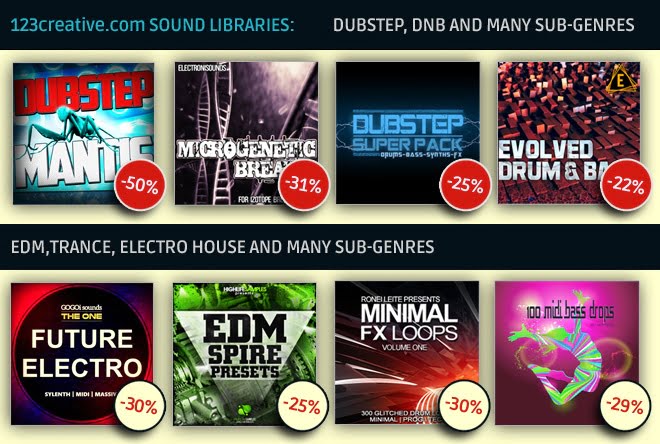 Our offer is especially intended for all Dubstep, Drum & Bass, Electro House and Trance producers. You can get following Sample packs, Synth presets and Midi Loops up to 50% off: