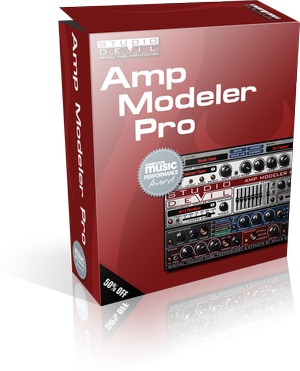 VST Buzz has launched a promotion on the Amp Modeler Pro effect plug-in by Studio Devil.

If you’re looking to record guitar, you NEED this plugin! “Basically, it’s everything you could possibly need to create a complete, professional-sounding guitar tone.” – Music Tech Magazine

Amp Modeler Pro is an incredible guitar amp modeling and audio effects plug-in by Studio Devil. It has 15 preamp models, 4 effects, impulse-based cabinet emulations, a 7-band graphic EQ, 1-band parametric EQ, compressor, gate, echo, reverb and wah-wah which covers every range of playing styles! Its exclusive modeling algorithm makes it one of the most realistic amp modelling plugins out there.