5Pin Media has released the Adam Pietruszko Soundbank for Minilogue, the fifth installment in the series of sound packs dedicated to bringing musicians and producers the best in up to date sounds for popular modern hardware synths spanning various genres and styles.

The pack comprises 100 signature presets by Adam Pietruszko for the Minilogue poly-synth by Korg. 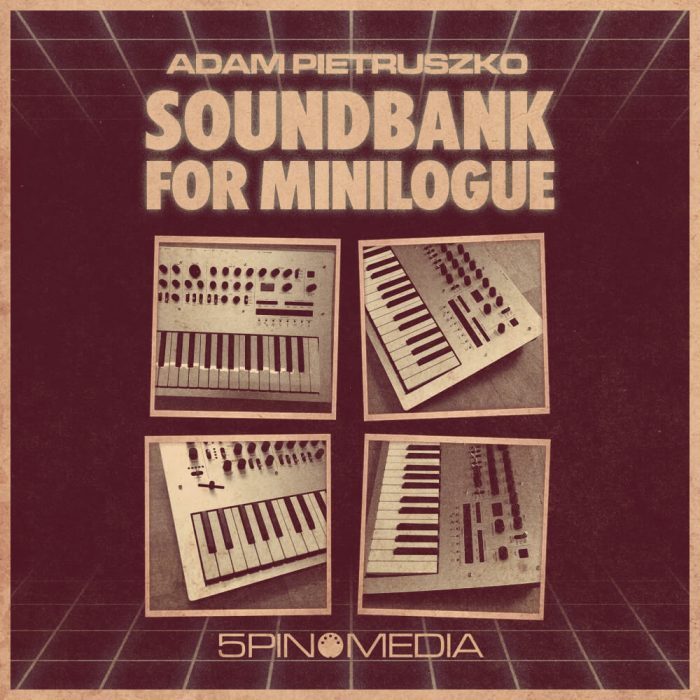 Adam hails from Warsaw where he teaches synthesis and sound design at the Academy of Audio Engineering and at the the Polish-Japanese Academy of Information Technology his teaching covers sound synthesis, acoustics, electroacoustics, digital audio theory and music production. He has been a member of The Association of Sound Engineers in Poland since 2009. His journey into electronic music began in 2003 when he started spinning vinyl in Warsaw clubs, later turning to synthesizers and production. He is the creator of numerous award winning sample libraries and synthesizer sound banks focusing on the field of cinematic effects, picture scoring and electronic music. He combines analog and digital synthesizer techniques with percussion and field recordings, as well as physical modelling and experimental audio creation. His works also include tutorial videos on synthesizer programming and sound design.

The presets are presented as a complete soundbank and as individual presets in Korg’s proprietary “minilogue library data” format. You will need install the Minilogue Sound Librarian application on either a PC or a Mac computer with a USB port connected to the Minilogue in order to load the bank.

Many of the presets have parameters (other than pitch) assigned to the slider. Please refer to the Minilogue Sound Librarian preset window for the “slider assign” for each of the presets. All of the presets also have an associated sequence great for instant previewing.