Fabrizio Poce has announced the release of the new J74 Venus6, a 6-voice poly-multi synthesizer Max for Live device for Ableton Live. 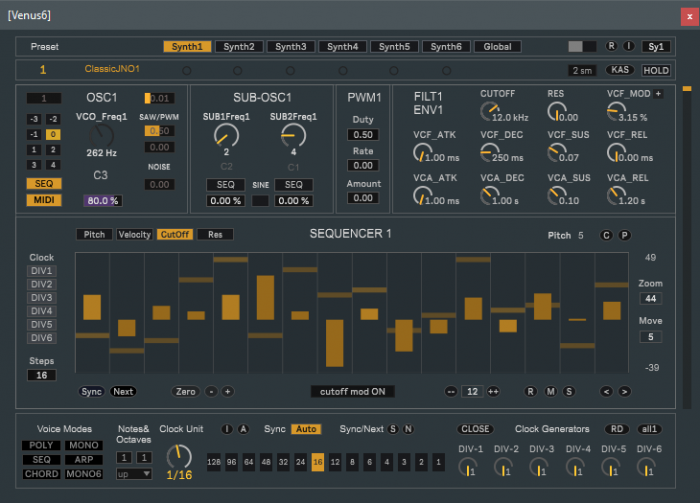 The way voices, sequencer lines and clock are used is configurable and semi-modular. The internal sequencer of Venus6 (and of its MIDI companion VenusSEQ, also part of the pack) is capable of poly-rhythmic and poly-metric sequencing due to the internal modular clock routing and clock division system.

J74 Venus6 has been built echoing the behaviour of DCO synthesizer’s of the 80’s: six (virtual) voice boards have created with slight tolerance differences (subtle, but still present in DCO systems of the time) and coupled with a voice allocation system which enhances this dynamics. The synthesizer has an internal chorus, which also echoes the chorus implementations of the same era. The same chorus is also provided as a separate audio effect (VenusChorus), also part of the same pack.