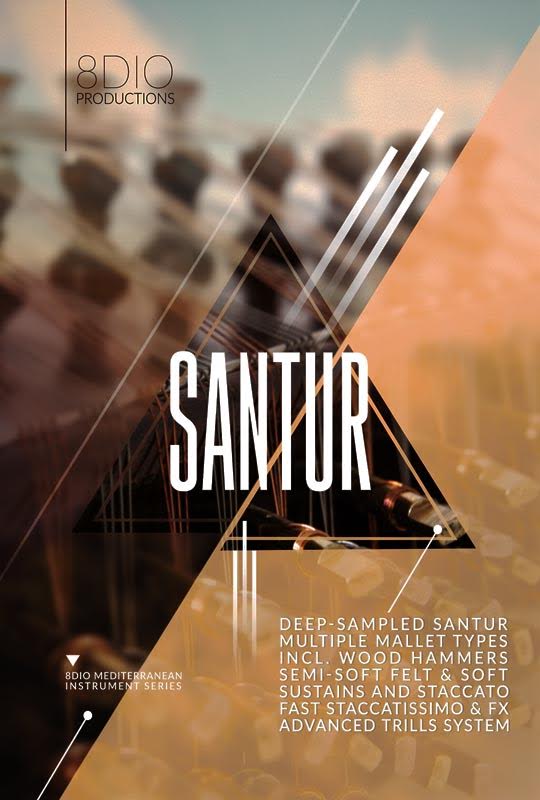 The Santur, Santouri, Santour or Santoor is a hammered dulcimer (sort of an ancient Cimbalom) of Babylonian origin, currently played in several countries around the Balkans, Middle East and Eastern Europe.

This library has been deeply sampled in order to give the composer a great tool made by very different colours of sound thanks to the use of three sets of mallets (wooden, semi soft and soft mallets) and three different damper configurations (no dampers for long sustains, one damper for staccato, two dampers for staccatissimo).

Santur for Kontakt is available for purchase for the introductory price of $49 until July 15th, 2015 (regular $69 USD).