8Dio Productions has announced the release of the New Hybrid Tools 2, the next in line in its industry defining Hybrid Series for Native Instruments Kontakt. 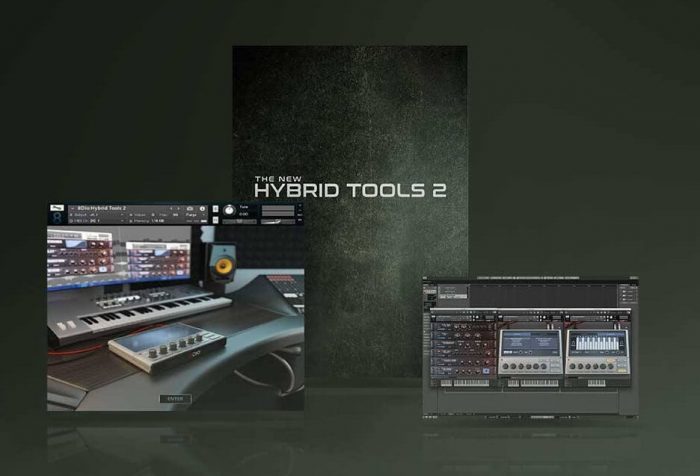 The New Hybrid Tools 2 is the next evolution in contemporary musical sound design – a tool created for both composers and sound designers. The tool is specifically designed to give you that hybrid/modern sound to your compositions.

The instrument contains a variety of core banks from the biggest mega-horns ever made to our new psychological signature sounds that just burns in your brain. We created some insanely big percussive rolls, which are perfect for transitions and a cool assortment of Dubstep Trailer FX. We also added fresh whooshes, risers and slamming hits that all have that strong, cut-through, sound used in many trailers.

In addition we added a massive collection of cursed sounds – ideal for dark scoring and horror trailers – and new categories such as hybrid drones, hybrid noises and epic kits. You will also find tonal elements, synth basses and manipulated choral effects and manipulated roaring vintage race cars that sounds unbelievably cool. Hybrid Tools 2 also contains a new category known as Defcon, which contains a massive amount of never thought of before hybrid sounds.

At the heart of this extraordinary library is two parallel sample engines. One engine designed for Solo Guitar and a second engine designed for Strum Guitar. The idea is to let the engines do the work, while you do the driving. The Solo Engine is based around a variety of new recording techniques, including Hammer-On Legato techniques, X-Noises, Release Controls etc. The combination of techniques offers you the opportunity to play fast and acrobatic solos without compromising the sound.

The Strum Engine is also using a variety of new sampling techniques. Including recording both up and down strokes for each string of the guitar, muted notes, treble and bass strums etc.
You can literally create any rhythm and any chord you want. The Strum Engine is designed as a step-based sequencer and is incredibly easy and intuitive to use.

8Dio Advanced Guitar Series: “Charango” has a 3D-based user-interface gives you instant control to everything from Solo Engine to Strum Engine, from new Pedal-FX to our Chaos FX system, from Controls over Fret Noises, Release Triggers, Vibrato to total control over all the parts of the Strum Engine.

The end-result is the ultimate sample design for 100% authentically sounding guitars. Whether you want to play a fast acrobatic solo or create an advanced strum pattern – you can do it all.

Charango is available for the introductory price of $99 USD until May 1st (regular $149 USD).

Ableton Live Template for electronic & live performance by Will Marshall