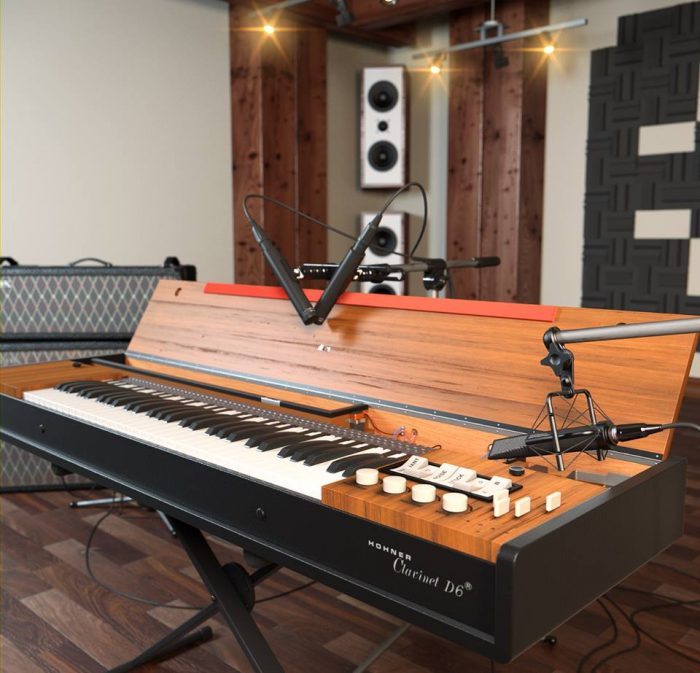 The illustrious Clavinet is no stranger to modern music and indeed sampling. We here at 8Dio took this iconic instrument and sampled it in such detail that it will never need to be sampled again. 84,900 samples to be exact. The Studio Clavinet is similar to a piano in appearance and performance, but it’s sound is more indicative of a rich and powerful electric guitar. This is partly down to the size, positioning and length of the strings and bridge used. As well as the use of 2 individual pick ups, which can be solo’d, combined, and inverted. All of which has been meticulously sampled and crafted as the 8Dio Studio Clavinet.

The Studio Clavinet was carefully recorded & processed at 24bit / 96k at our British Studio through an extremely special custom Neve desk before being carefully down sampled to 48k for ease of streaming.

The sustain samples were captured with all available pick up options and at multiple dynamics, allowing you to customise the sound in incredible detail. Additionally we sampled muted & staccato notes (w/round robin) so you have the attack for faster passages & the depth and emotion to unleash your inner funk.

It will never need to be sampled again.