99Sounds has announced the release of Samples of Tenalach, a toolbox of sci-fi sound effects and otherworldly sonic textures crafted by Johan Ekelove aka Introspectral. 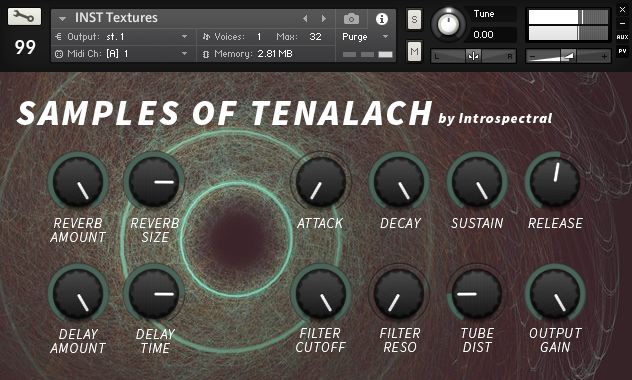 Samples of Tenalach is the third and final installment in a trilogy of royalty free sci-fi SFX libraries crafted by Johan Ekelove aka Introspectral. Sharing a similar theme with the previously released InterSpace and The Weird Side Samples sound libraries, Samples of Tenalach is yet another impressive collection of tension builders, swooshes, abstract noises and otherworldly sonic textures from Introspectral’s interstellar sound design station.

Introspectral’s latest sound library is available as a sample-based instrument for Kontakt and SFZ, providing a state-of-the-art toolbox of sci-fi sound effects and abstract noises which can be used as transition SFX in electronic music, as well as futuristic sound effects in video games, movies, trailers, etc.

Samples of Tenalach contains 91 individual sounds, organized into four categories. Each sound category comes with a corresponding instrument patch in NKI and SFZ format. All sounds are recorded and crafted by Johan Ekelöf aka Introspectral at Starsound Studio. Kontakt script by 99Sounds.

The sample library is available as a free download at 99Sounds.