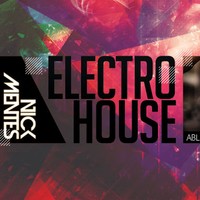 Abletunes has announced the release of Escape by Nick Mentes, a new Electro House template in its Artist Series.

Nick Mentes is a French DJ, producer and remixer. After a slew of successful EP’s on 17:44 Records, Cr2, Hed Kandi, Weplay, the Paris-based has gathered support from some of the biggest DJís such as Roger Sanchez, Greg Cerrone, Dabruck & Klein, Tristan Garner, Jesse Voorn, D.O.N.S, David Vendetta and many more. His releases can be found in countless compilations worldwide such as Dj Mag “Space Invaders Mix by Joachim Garraud”… Nick is set to do big things this year so don’t miss what’s soon to become a rising superstar!