ADDAC System has announced its latest Eurorack module. Inspired by Moog’s legendary CP3 mixer, the ADDAC713 is a fully discrete analog mixer that is a wolf in sheep’s clothing.

Despite its harmless looking exterior, there is a dark, snarly soul behind the control panel that will take your sounds into a new realm of gritty, gnarly growls.

As a stereo version of the ADDAC713 discrete mixer, the new 713 was originally conceived as a percussion mixer with mono inputs and panning, allowing placement of various percussive voices in the stereo field while keeping one channel for low end sources — such as a like a kick drum or bass. However, during the development process, the module designers expanded on this initial idea, adding stereo inputs for the first three channels, while keeping the fourth channel in mono. 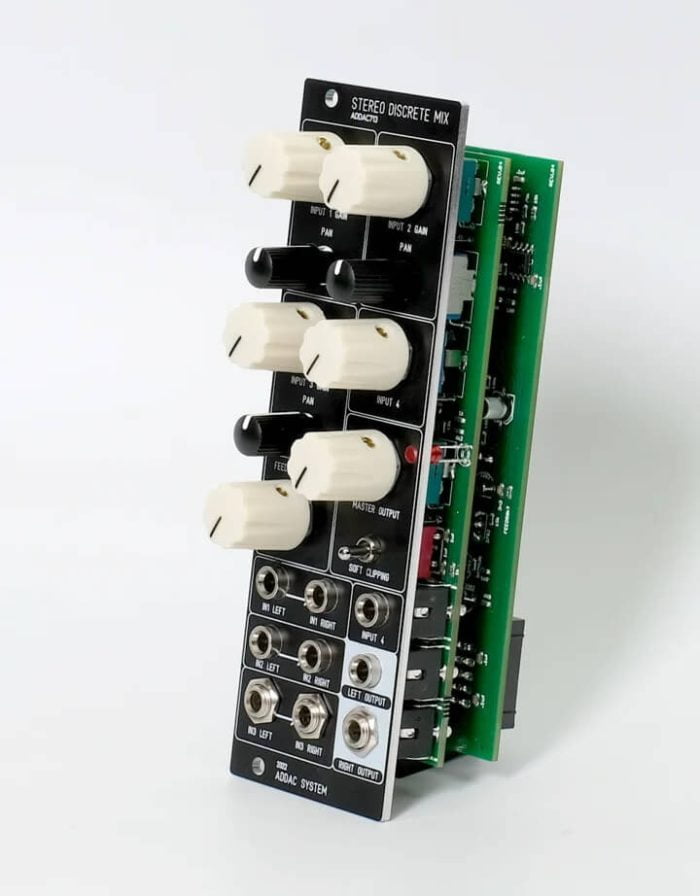 Functionally, the new 713 Stereo Discrete Mixer delivers both functionality and a healthy dose of sonic grit. All four Gain controls can be driven to extreme levels, and the first three channels also feature Pan controls. Meantime, the Feedback Gain control is used to overdrive the entire mix — as this control is turned clockwise, the resulting sound will be clipped harder and harder until it is off. As feedback increases, the audio bias reference also moves up — and at extreme levels it offsets the entire signal until it begins clipping, hence the resulting gate effect.

The ADDAC713 Stereo Discrete Mixer is available now, priced 220 EUR. Additionally, the unit will soon be made available as a full DIY kit.

Concept 2 software synthesizer by Krotos on sale at 50% OFF