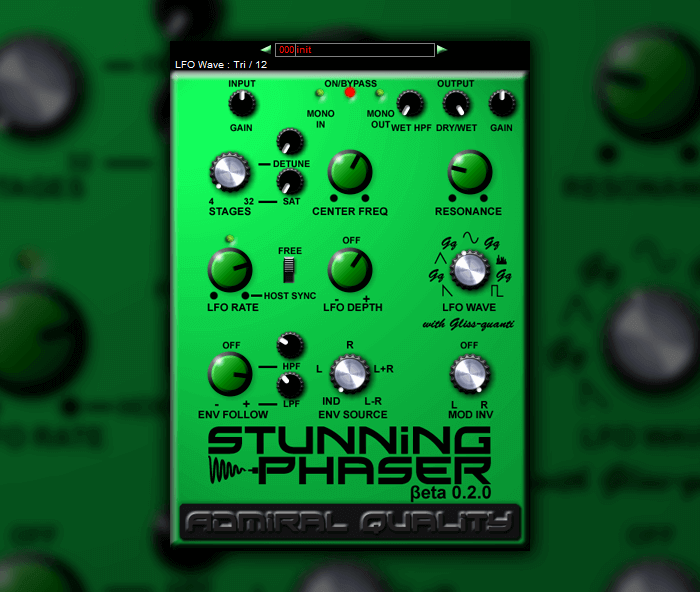 In addition to the usual LFO, Stunning Phaser also offers a stereo envelope follower, multiple LFO waveforms, and our very own Gliss-quanti™, an automatic sample-and-hold function that divides LFO waveforms up into discreet steps for exciting new possibilities you’ve never heard a phaser do before!

Stunning Phaser is available at 65% off during the beta period, priced at $13.98 USD. For a limited time only, it is included for free with a purchase of the Poly-Ana synthesizer instrument.