Following its public debut at NAMM 2019, Akai Professional has announced the release of a 3.0.1 firmware update for Force, introducing a number of new features and workflow refinements to the live performance and music production device. 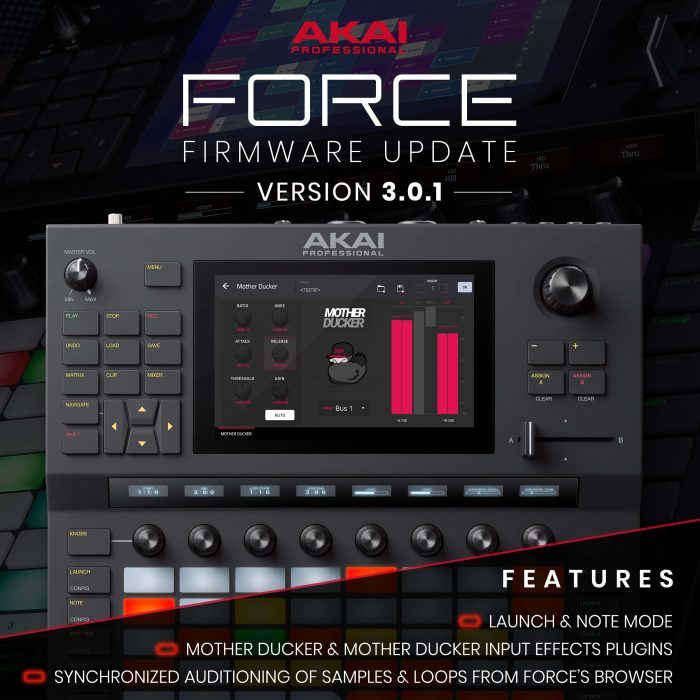 Force arms musicians, DJs and producers with all essential functionality for the modern clipbased workflow including clip launching, step sequencing, sampling, synths and a 7-inch multi-touch display. Force is designed for the user who wants a standalone product with the latest in modern workflow techniques, free from being connected to the computer.

Also included in 3.0.1 is the inclusion of the Mother Ducker and Mother Ducker input effects plugins – recently added to the MPC platform in version 2.4, this pair of processors allows users to create side-chain effects effortlessly via inserts within Force’s mixer window.

3.0.1 also includes a number of workflow refinements including

“3.0.1 signals our commitment to continually refine the platform, offering new devices and workflow enhancements that cement Force as the undisputed standalone creative powerhouse and an immersive natural extension of user’s creativity.”