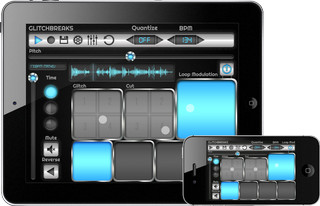 Alex Matheu has released version 1.02 of Glitchbreaks a music app for iOS designed to “glitch” and manipulate beats to create and record new beats.

Glitchbreaks is an iOS Universal manipulation tool for “Glitching” breakbeats. Glitchbreaks uses four audio channels setup like mute groups. You can quickly switch between them to construct new beats, or manipulate loop points to “Cut” or “Glitch” the breaks.

Glitchbreaks is available to purchase for $4.99 USD.