Amadeus has announced the re-launch of its famed UDX Series passive speakers – 30 years after originally releasing their first edition.

Including four different models, the UDX Series is perfectly adapted to sound reinforcement applications in concert halls, auditoriums, conference rooms, and theaters. Designed to be included within fixed or long-lasting installations, each UDX speaker system can also be used in touring applications as a stage monitor when fitted with optional accessories. 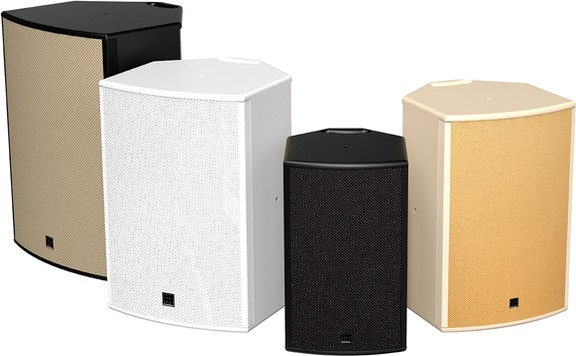 Gaetan BYK, Marketing Manager at Amadeus, stated, “The core idea behind the UDX Series was to keep the main focus on the values which have given Amadeus its reference-quality status throughout the years, both the unique acoustical characteristics of its sound systems, as well as their aesthetic integration capabilities into installed locations, allowing a real transparency, a consistency between the installation space and the speaker. We wanted to concentrate on the essentials, and go back to our roots, in terms of both sound transparency and finishes. Allowing designers to combine several standard colors of cabinet and acoustical fabric coverings on the front grill, they can put the most efficient and elegant product into a space, matching its cultural, visual and architectural context. This new product direction brings the Amadeus quality to a new customer base.”

Sold from 1980 to 1992, the first UDX speakers embodied the best technologies and innovations of the Atelier 33 Company and its electro-acoustical department, 33 Audio. Now developed under the Amadeus brand, the new UDX Series is built according to the same values of quality, passion and design, which gave them a reference quality status when originally released.

The newly redesigned UDX Series are now available from licensed Amadeus distributors and dealers throughout Europe and Asia, from 1090 EUR to 1990 EUR (VAT excluded), depending on the model.