NUGEN Audio has announced the release of the AMB Audio Management Batch Processor, a modular application for Windows and OSX that enables post production facilities to speed-up workflows significantly for a range of different tasks, including upmixing and loudness management. 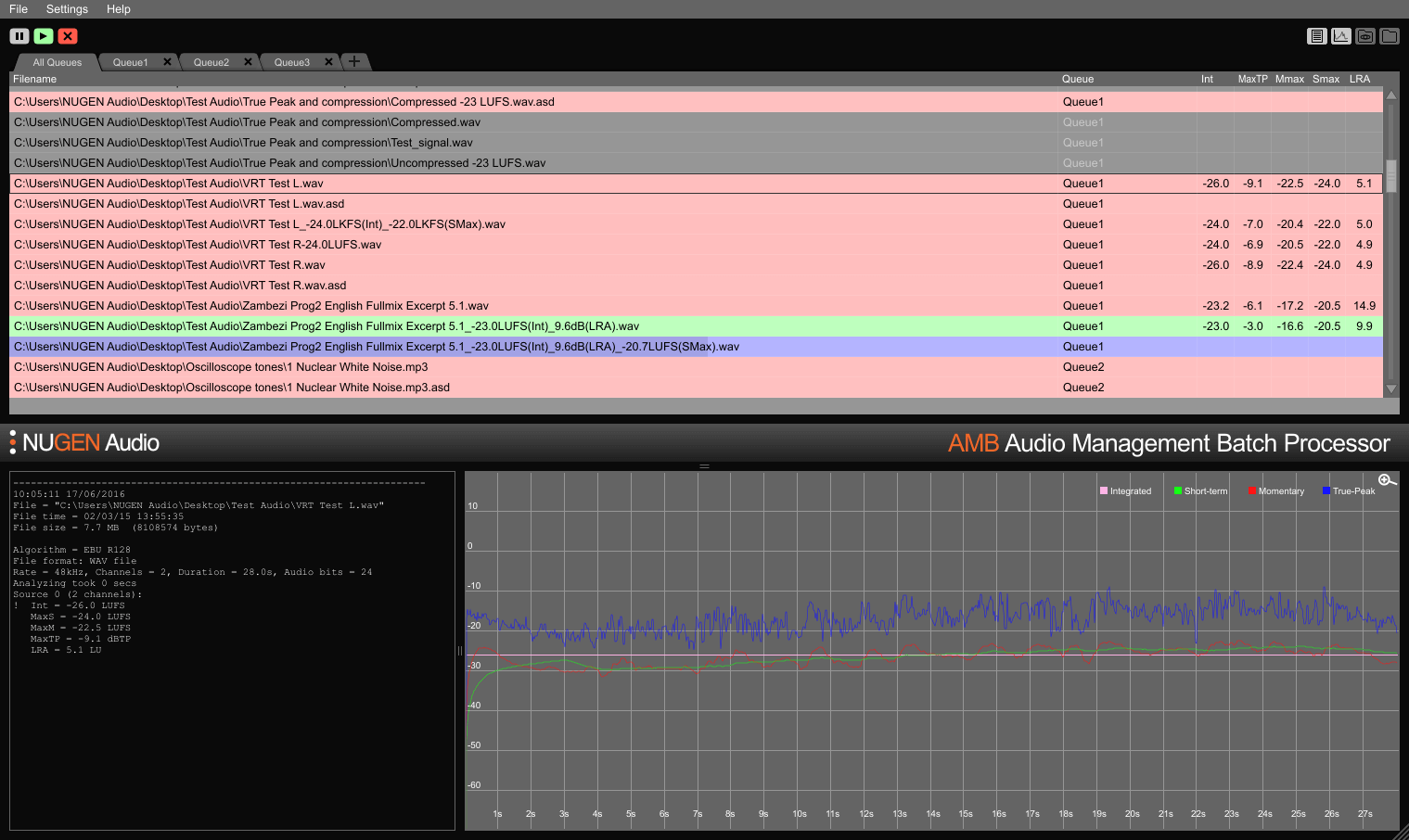 AMB enables post-production facilities to speed workflows significantly and reduce delivery times for a range of different tasks, such as upmixing and loudness management. AMB also offers new features including threaded algorithm processing and multiple processing threads that are addressable for simultaneous parallel handling of files and queues.

“Our loudness processing is the fastest in its class, offering a highly efficient and cost-effective batch-file solution that meets audio professionals’ most demanding requirements, ” said Jon Schorah, founder and creative director, NUGEN Audio. “AMB significantly increases these capabilities to give customers batch processing options for more of our award-winning, workflow-enhancing technologies.”

AMB offers scalability, allowing post-production facilities of all sizes to add the precise processing modules they need and tailor the system to their exact requirements. AMB comes standard with two watch folders/processing queues. If users need extra power and speed, the AMB Queue Expansion provides additional watch folders/processing queues. A total of up to 16 AMB Queue Expansions can be added.

As standard, the base AMB module also includes two independent processing threads that optimize workflows by allowing two simultaneous processes to run in parallel. For even greater speed and efficiency, users can add the AMB Thread Expansion to activate additional processing threads up to a total of 16.

A range of module options, along with new customization features in the AMB processor, enable customers to carry out a great range of audio-processing tasks:

NUGEN Audio will continue to add modules to enable users to carry out an even greater range of processing tasks in the future.

AMB is now available for Windows and OS X. Included with all modules, the base configuration of AMB accesses two watch folders/processing queues and two processing threads as standard. Each additional functional module (Loudness, Upmix, DynApt, MXF, and ProRes) is priced at $999 USD.

Existing NUGEN Audio LMB processor users will be able to upgrade to the AMB base configuration including the Loudness Module for an introductory price of $249 USD, which will double their existing number of folders/queues and available processing threads. Owners can also cross-grade any of their existing LMB extensions for DynApt, ProRes, and MXF to corresponding AMB modules free of charge.