PreSonus its first add-on for the Ampire amp modeling and effects plugin. 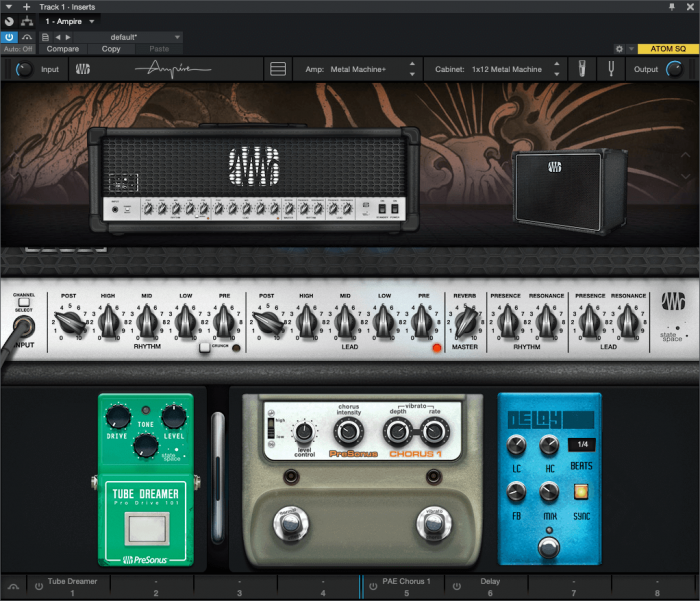 Also included are three new impulse-response-based cabinet models chosen to complement each amp. State Space Modeling is a mathematical method of transferring each component of an analog circuit into the digital domain, while maintaining the unique sonic characteristics of the original hardware.

The new amp models include:

The six new State Space Modeled pedal effects are compatible with both Ampire and Pedalboard plug-ins and include Blue EQ, a versatile 10-band graphic EQ; Wildrive, a screaming overdrive to create heavy, crunchy tones and harmonics; Dual Comp, a British rarity with a cult following among bassists around the globe; Space Reverb, a boutique classic with a unique shimmer that has made it a favorite among guitarists and Ambient synth fans alike; Pitch Shifter, a Canadian favorite most popular for its dramatic “dive bomb” effect; and Demolition Drive, the perfect overdrive for extended low range players.

Xperimenta Harpsichord for Kontakt on sale for $8.99 USD