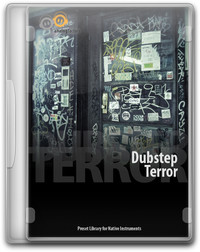 Analogfactory has announced the release of Dubstep Terror, a new soundset featuring 50 patches for the Massive software synthesizer by Native Instruments.

Dubstep Terror is an essential package for every serious producer envolved in the Dubstep scene. In comparison to other Dubstep preset packages Dubstep Terror provides with a complete range of sounds like basses, leads, bass drums, snares and claps.

Every single preset was carefully programmed by hand and was also included in the official Dubstep Terror audio demo. We hope that everybody enjoys Dubstep Terror as we did during designing it and that it helps to create the next Massive Dubstep track!

Dubstep Terror is available to purchase as a download for $12.99 USD.

In celebration of the release of Dubstep Terror Analogfactory is offering a 25% discount on all its products through May 30th, 2012. Use coupon code DUPSTEPCELEBRATION during checkout to take advantage of this offer.