Antelope Audio has introduced Synergy Core, bringing the next generation signal processing platform to its Discrete 4 and Discrete 8 audio interfaces. 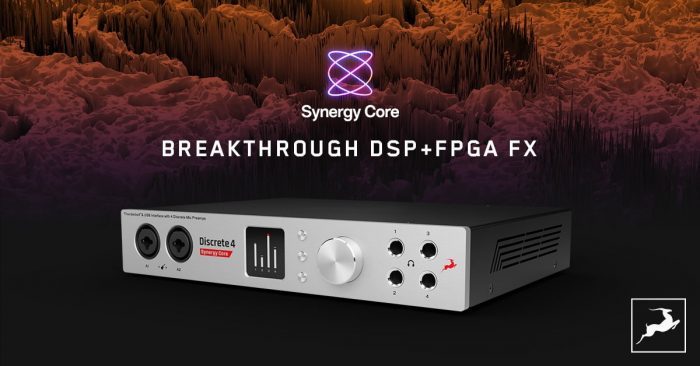 Simply speaking, Synergy Core’s industry-shaking introduction intentionally signals Antelope Audio’s objective of developing a wider range of its own effects and also collaborating with leading software developers in the industry for the benefit of all.