Antelope Audio has announced the launch of four new classic hardware-based vintage EQs, designed expressly for its best in class Orion32+ Thunderbolt interface. The new EQs, which are available now at no charge to new and existing Orion32+ owners, are based on the company’s proprietary Field Programmable Gate Array (FPGA) technology — which boasts unrivaled near-zero latency performance and unmatched sonic authenticity. 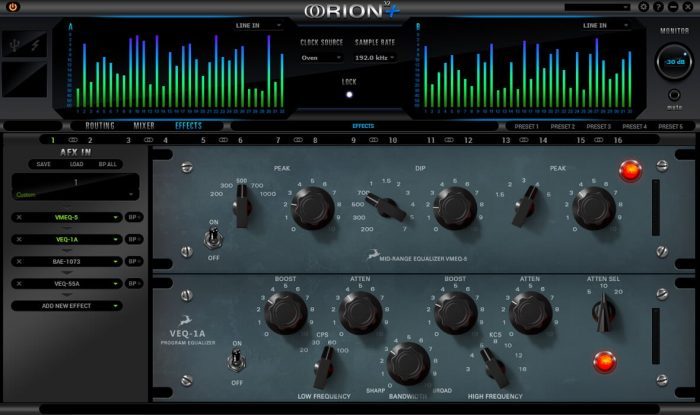 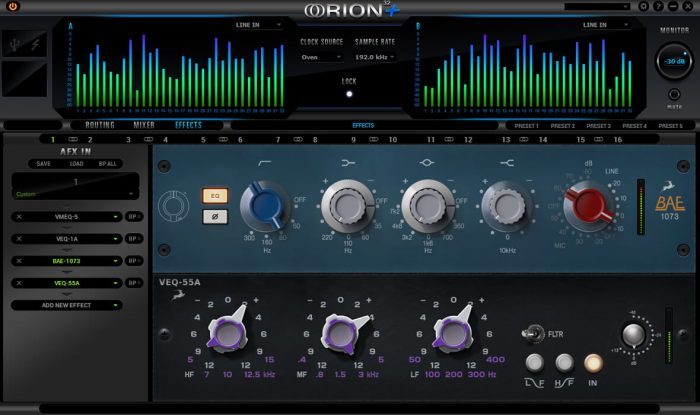 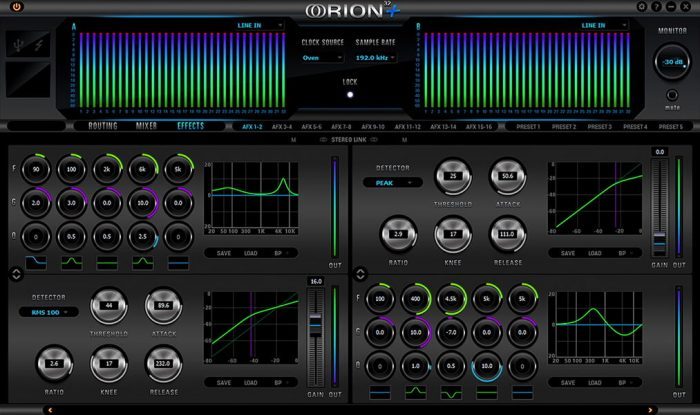 The new hardware-based vintage EQs — which hearken the sounds of legendary equipment that has left an indelible mark on the face of modern music — behave like their hardware counterparts and render traditional DSP plug-in effects obsolete. The seamless integration of these FPGA-based EQs onto the Orion32+ platform represents a true paradigm shift for the recording community — and a potentially enormous cost savings for musicians, engineers and producers looking to capture faithful vintage sounds.

Out with the Old, In with Orion32+
Standard buffered DSP plug-in effects require complex programming codes to operate; this significantly taxes a computer’s CPU resources. Moreover, such plug-ins often add processing delay or noise to the sound, and can negatively impact the overall stereo image. FPGA-based audio FX technology, pioneered by Antelope Audio and now available in the Orion32+, allows engineers, artists or recordists to maintain audio realism and high-end sound quality, while using tools that act and respond like real hardware gear.

By implementing the Orion32+ latest driver updates on the Antelope website, users not only gain access to an exclusive and growing set of hardware-based vintage gear, but are also able to realize vastly expanded device functionality. For example, Orion32+ can be controlled from several different computers on the same network — which can be advantageous while working in multi-room facilities or other scenarios. Also, a new system update allows users to detach and rearrange panels on the software interface — a feature Antelope implemented by listening to its customers.

“The latest updates to Orion32+ — particularly the addition of our newly developed FPGA-based EQs — present an enormous opportunity for music creators,” commented Marcel James, director of U.S. sales, Antelope Audio. “The sonic flexibility and tactile response of these EQs will channel an entirely new level of creativity among our users, while potentially saving them thousands upon thousands of dollars in gear they would have otherwise had to pay good money for. Orion32+ is the very first interface in the world to offer such power and flexibility.”

The Orion32+ interface is available for purchase for 3,434 EUR.

Future Wobble and Bass House for Massive at Xenos Soundworks