IK Multimedia has announce that ARC System 2.5 with a new MEMS microphone will be available for shipping in July 2017.

Version 2.5 of the Advanced Room Correction System is the first acoustic correction system that combines a highly accurate new MEMS measurement microphone, measurement software along with an audio correction plug-in for most Mac/PC DAWs (Digital Audio Workstations). This employs Audyssey MultEQ® XT32 patented technology to greatly improve the audio monitoring accuracy of speakers in any studio or room listening environment. 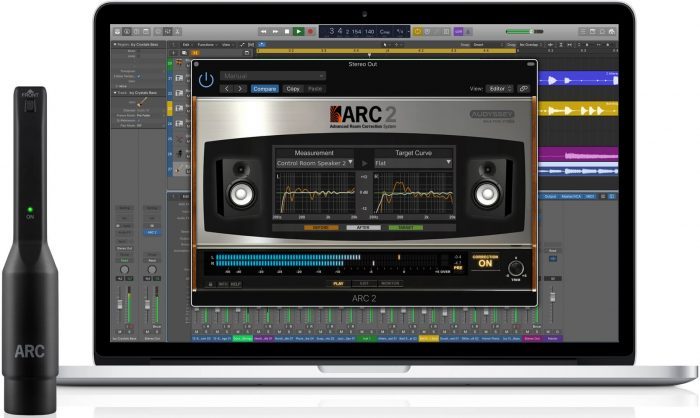 The first system of its kind for music and audio production facilities introduced by IK Multimedia in 2007, ARC System works by measuring the room in multiple positions, producing an accurate representation of its acoustic response. Then it generates a filter correction to make the response linear, creating a listening environment that provides an exact representation of the music and audio produced without the potential problems introduced by the acoustic characteristics of the room.

More productivity, more creativity
ARC System is the most cost-effective, professional solution for consistent sound and frequency response accuracy across the entire spectrum in any room, whether acoustically treated or untreated. From home studios to professional recording facilities or producers on the go, ARC will take the “sound of the room” out of the equation, enabling users to mix faster and with total confidence. By removing all the guesswork associated with working in an unknown acoustic environment, ARC boosts both productivity and creativity ensuring the material produced translates well with the outside world.

Thanks to the manufacturing process behind them, MEMS microphones offer extreme resistance to humidity and temperature variations as well as increased shock resistance. This means they are much more forgiving to “professional abuse” and can be easily carried around without the risk of damage. Also, all microphone units manufactured following this process maintain the same degree of accuracy with near-zero variation in terms of performance from unit to unit. As a result, not only will measurements always be accurate, but remain repeatable and reliable even after long periods of time.

MultEQ® XT32 Technology
The Audyssey MultEQ® XT32 technology included in ARC 2.5 captures acoustic information at multiple locations throughout a listening area in both the time and frequency domains. It uses a sophisticated clustering algorithm to combine this information so that acoustic problems are accurately analyzed. Based on these measurements, MultEQ® XT32 calculates an equalization solution that corrects both time and frequency response problems in the listening area and performs a fully automated system setup. The result is clear, well-balanced sound for any studio.

Mixing for multiple devices – “Virtual Monitoring”
The included “Virtual Monitoring” feature lets users select templates to intentionally shape the sound of the monitoring setup to match devices like LCD TVs, car audio systems, small radios, etc., and listen to how their mixes will translate on other “virtual” band-limited systems and to ensure a perfect sound translation.

Thousands of rooms corrected worldwide
Since 2007, IK Multimedia’s ARC System has been leading the way in terms of true affordability and professional reliability when it comes to acoustic room correction systems. With tens of thousands of installations worldwide, correcting the rooms of music enthusiasts and independent producers to the ones of studio and acoustic engineers, ARC has become an absolute industry standard that continues to amaze for its ease of use and unquestionable effectiveness.

The new ARC System 2.5 with MEMS microphone will be available in July 2017, priced at 199.99 EUR/USD. All users that have previously purchased any IK product of a minimum value of 99.99 EUR/USD can take advantage of a special crossgrade price of 149.99 EUR/USD.

The MEMS measurement microphone can be purchased separately at 69.99 EUR/USD by any previous ARC users. 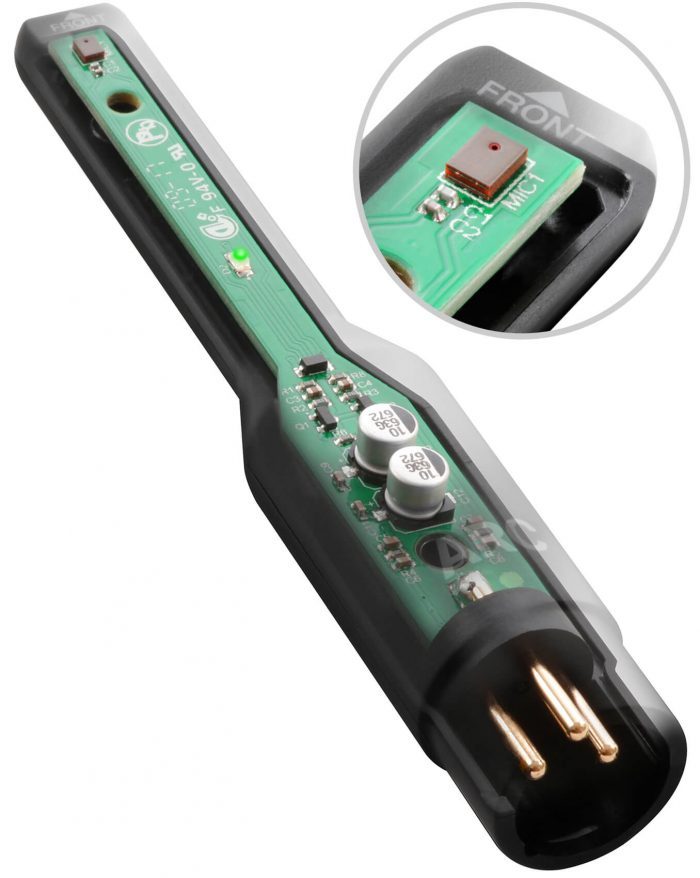