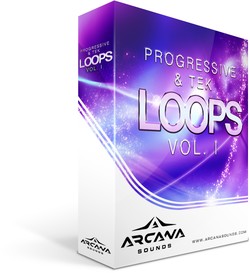 Progressive & Tek Loops Volume 1 contains 200+ professionally produced (from scratch) loops, which are ready to use in a sampler supporting PCM WAV files.

Within the pack you will find a wide range of percussion loops ready to drop straight into your projects -they have also included over ‘100 Off Beat Helpers’ and ‘177 One Shot Samples’ which were used in the creation of the loops. They also included ’10 Clap Loops’. 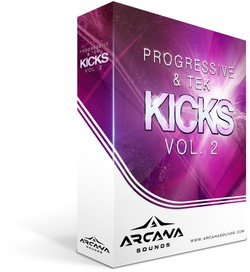 Following on from our Progressive & Tek Kicks – Volume One; this pack contains more variety of style now with a more rounded sound – this pack would favor those producing Proglift or more edgy progressive sounds, but will work in other styles as well.

These kick samples have been professionally produced from scratch. There are no sampled kicks or layered kicks from other sample banks; this makes our kicks perfectly clean and punchy allowing you to use them with confidence in all your productions.

Both sample packs are available to purchase for £25 GBP each.