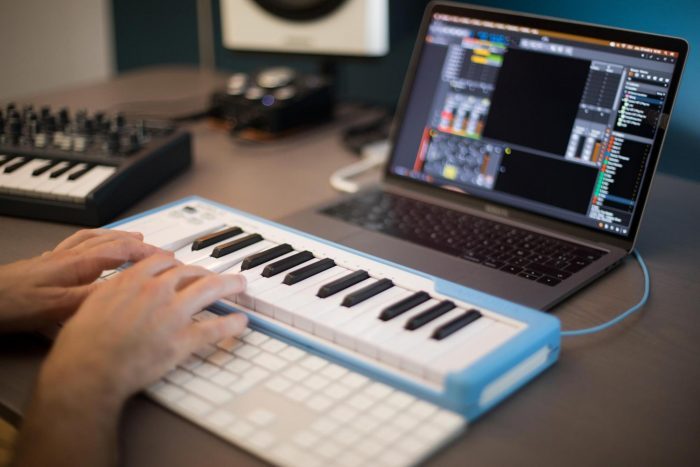 MicroLab’s rubberized case protects the controller when you’re on the move, and lets you efficiently store the USB cable.

MicroLab features the same professional slim-keys as their industry standard KeyStep controller. The keybeds found on budget controllers are often not very inspiring, but the 25 expressive, velocity-sensitive keys on MicroLab are simply a joy to play. The hold button gives you instant sustain, and by holding the shift key, you can access the “Chord” mode, letting you program in a chord and replay with just one finger.

The rubberized shell protects MicroLab from and bumps and scrapes when you’re on the move, and also features a recess that perfectly fits the USB cable, letting you store or pack it easily. MicroLab also includes capacitive mod and pitch controls that work in the same way that touchscreens do, these also let you swipe through and select presets with a tap. You can also quickly switch MIDI channels via the dedicated knob and numbered keys. 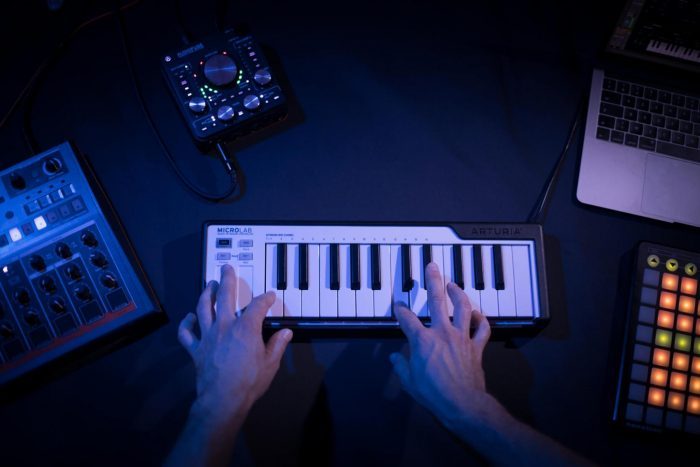 MicroLab features just 4 buttons and 2 touch strips, while still giving you plenty of control. Sustain notes with a button, play chords with one note, swipe through presets and tap to select.

The MicroLab comes in orange, blue and black colors, at a retail price of $79 USD/79 EUR.