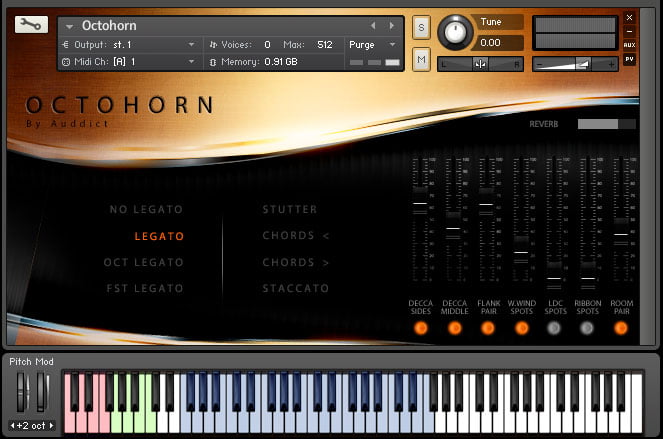 This instrument was created with the intentions of bringing a sample library in a completely new league of sonic sculpt-ability, and ability to sit in a track with the depth and spread of a real ensemble recording.

We have achieved this through multiple new and innovative features, including the seven mic positions, carefully set to cover the whole soundscape, recorded chords and octaves to minimize “sample layering” in tracks, which kills the depth of a track, and much more…

Octohorn for Kontakt 4 and above (full version) is available for the introductory price of £45 GBP for a limited time (regular £90 GBP).