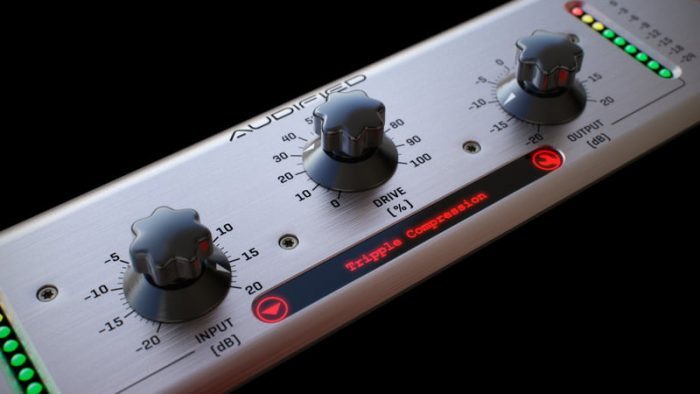 By their very nature, human voices are complex mechanisms; marvellously, we can recognise individuals from their vocalisations — be that spoken word or otherwise. Obviously we all sound different, so it stands to reason, therefore, that when recording and broadcasting vocals or spoken word we need to treat them differently by appropriately applying effects to suit individual voices to get them sounding perfect. Problem is, though, that takes time and effort. And in today’s time-stressed production climate that’s a luxury many of us no longer enjoy — exactly the dilemma faced by TNT Recording and Postproduction Studios owner Tomáš Trkal. Unlike most mix engineers, however, as a software programmer he had the talent to do something about it. Well, wouldn’t you do something similar if what you wanted didn’t commercially exist? Enter TNT Voice Executor, a unique utilitarian plug-in named after that studio, offering no-nonsense processing of vocal and spoken word tracks to sophisticatedly solve any issues instantaneously.

While we all, ultimately, have Tomáš Trkal to thank for TNT Voice Executor, it’s timely arrival as Audified’s latest product took a little time and effort on its instigator’s part, of course. “Often clients want to have the final mix of a song right after recording, which is unrealistic in most cases, so I was in need of something that I could apply to recorded raw vocal tracks, set one parameter, bounce the song, and give it to the client within minutes,” he explains. “I programmed something suitable and started using it, but when I started studying software programming at Brno University of Technology my teacher put me in contact with Audified CEO Lubor Prikryl. When I demonstrated my plug-in for him, he was so impressed that Audified decided to release it for all major formats, adding some professional standard features, such as metering and calibration to move the product forward.”

Fortunately for the rest of us, thanks to this fortuitous meeting of minds, TNT Voice Executor effortlessly does what it says on the tin. No questions necessary. Needless to say, the finished product is unquestionably easy on the eye, yet there are actually multiple effect modules making this time-saving tool equally easy on the ear. EQ, DRIVE, and DELAY are all present and accounted for alongside complete dynamics controls. Continues its instigator: “The plug-in consists of eight processing modules — noise gate [GATE]; high-pass filter; compressor [COMP], with up to three active instances of compressor with different settings in one module; 4-band parametric [EQ]; distortion [DIST]; stereo image enhancer [STEREO]; DELAY; and limiter [LIMIT] — that I typically use when mixing vocals. I’ve treated those modules very carefully, preparing lots of super-usable presets in collaboration with Audified Sound Designer Jarek Musil to satisfy the user’s needs. In short, this plug-in is designed to get a great sound as quickly as possible.”

Put simply: getting a great sound with TNT Voice Executor couldn’t be simpler. Simply select a preset then use the three knobs to set the INPUT and OUTPUT volumes (using the I/O meters), tweak the DRIVE (effect) amount, and you’re good to go! Gathered into four groups, each preset contains several variants for both male and female voices. The right-side of the plug-in’s crystal-clear GUI (Graphical User Interface) simply shows which effects are engaged and how much gain is being reduced. Really, it’s as simple as that. No other controls are available (apart from some advanced calibration settings ‘hidden’ in the service menu).

Might you need TNT Voice Executor, then? The answer to that quick question is simple: if you’ve got a microphone and record vocals and/ or spoken word then you’ll find it invaluable. Applications include editing audio books, v-log posts, YouTube videos, podcasts, advertisement voiceovers, television trailers, newscasts… the list goes on. Put it this way: wherever the human voice sounds, TNT Voice Executor makes it sound better in next to no time with a no-nonsense approach to processing par excellence.

TNT Voice Executor for Windows and Mac (VST/AU/AAX) is available from Plugin Boutique for the introductory price of $49 USD until March 19th, 2017 (regular $69 USD).