Audio Assault has released Transfreak, a transient modifier plugin for Windows and Mac. 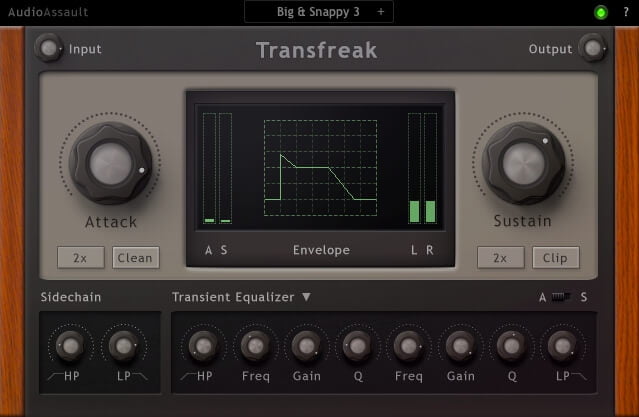 Transfreak includes improved transient control from Multi-Transient/Transient as well as separate 2x controls for attack and sustain. Transfreak also includes equalizers acting on the attack/sustain designed to pinpoint the character a user wants when boosting/removing attack and/or release.

Transfreak includes a reverb that acts solely on the sustain, and can be used to change the character of a room or even replace it altogether. Transfreak has saturation with pre/post filters, tone and mix controls and an equalizer acting on the stereo signal. Transfreak also includes a clean mode switch when pushing attack to extremes.

Transfreak for Windows and Mac (VST/AU/RTAS/AAX) is available for purchase for $39.99 USD.