Audio Damage has announced the release of Bitcom, a bitcrusher effect plug-in for Windows and Mac.

Bitcom is a modern bit-shredding digital pain-monkey, guaranteed to FSU* beyond belief (and some might say “usability” instead). In a nutshell, it is a bit-reduction algorithm of our own unique design, driven by an internal step sequencer, coupled with a simple monophonic synthesizer internally sidechained, for extra aliasing noise and woofer-shredding bass buzz.

It is, in short, one of the most destructive, noisy, unchained plug-ins you’re going to come across, and it could only have come from the R&D labs of Audio Damage, Inc. 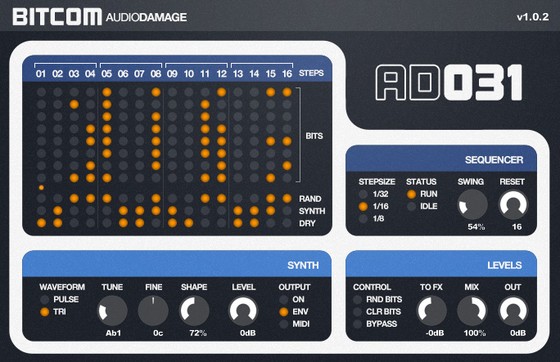 Bitcom is for Windows and Mac (VST/AU) is available to purchase for $39 USD.