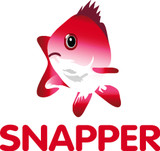 Audio Ease has announced the release of Snapper 2, an audio utility which plays, displays and converts audio files from the Mac Finder.

Snapper is the on-screen waveform that appears as soon as you select a sound file in the Mac Finder. While staying in the Finder, you can grab a part of the waveform and drag it anywhere: into another Finder window to create a new file, into tracks of your editing software, or you can convert it to split-stereo, mp3, mp4 etc. You can extract audio from video, normalize, fade, or shoot the selection up to the cursor of your Pro Tools, Nuendo, Cubase or Logic. All without ever leaving the Mac Finder.

Snapper 2 is available to purchase for 59 EUR / $79 USD, and upgrades cost 39 EUR / $49 USD. Anyone that has purchased Snapper in the past 6 months gets a free upgrade.