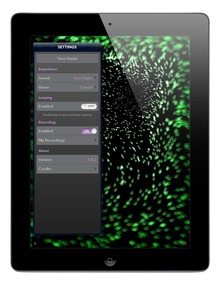 Audiofile Engineering has announced Vio, the first app for iPhone and iPad released under their new Square B brand.

Morph and shape your voice by exploring Vio’s mesmerizing and unique user interface, watch the entrancing graphics, and hear the transformation of your voice.

Vio is an amazing app for anyone who wants to experience their voice transformed beyond imagination. In the hands of an experienced musician or producer, Vio is a serious creative tool to design new vocal sounds.

Vio for iOS is avaialble to purchase for $2.99 USD.