Plugin Boutique has launched a sale on Audiomodern as part of its 9th Birthday celebration, offering a 25% discount on its creative, unique audio tools.

The promotion includes the Riffer creative MIDI sequencer, Playbeat groove randomizer, as well as a bundle of both.

Playbeat is a Creative Groove Randomizer plugin that generates beats and patterns for you. Unlike an ordinary step sequencer, Playbeat creates patterns using algorithmic and random procedures for generating notes by combining Steps, Pitch, Volume and more.

Riffer is a smart MIDI tool that generates musical riffs & sequences by combining pitch, duration, velocity & density. Built for your sounds, software & hardware. Turn them into something of your own or let it run endlessly using the inﬁnity mode.

A selection of Audiomodern’s Kontakt libraries is also available at 25% off during the promotion, which ends February 28th. 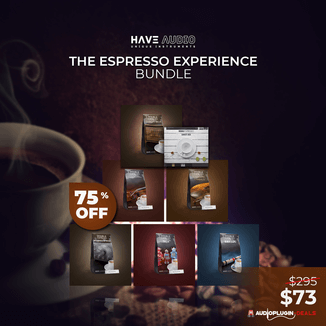