Audiority has announced that it is celebrating its 10 year anniversary with the release of Dr Drive, a free analog modeled overdrive effect plugin for Windows and Mac. 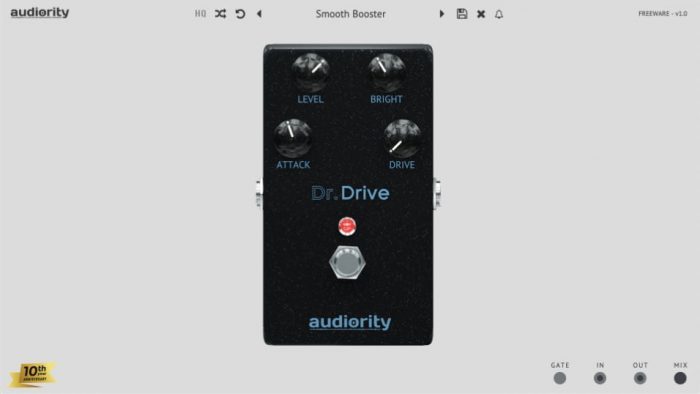 Dr Drive is an analog simulation of a modern overdrive inspired by the Horizon Devices® Precision Drive™. This overdrive fits a large variety of applications for either the classic and the modern metal guitar player.

The plugin is available to download in VST/VST3, AU and AAX formats.

Audiority has also announced an update to the GrainSpace granular processor focused on real-time granularization and reverberation of the incoming audio signal.

Version 2.2.1 fixes the Chord Resonator changing pitch while HQ is enabled and the licenser not validating the license file on some configurations. The plugin costs 45 EUR and the update is free to existing owners of GrainSpace.