AudioThing has announced the release of Satellite, a synthesizer instrument library for Native Instruments Kontakt. 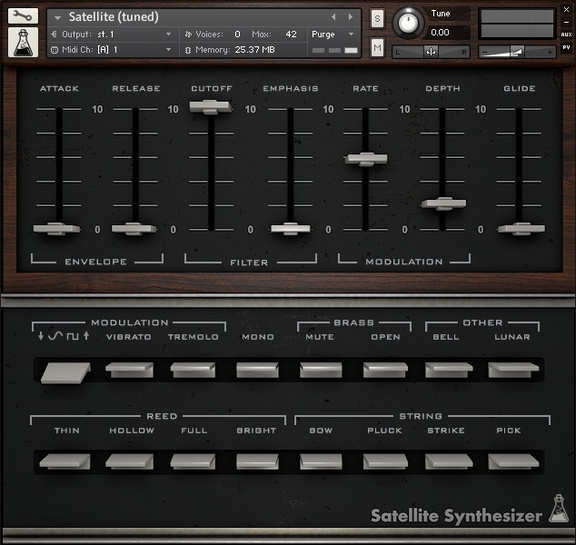 The Satellite is a rare and less known Moog synthesizer from the mid 70s. It’s a monophonic preset synthesizer with one VCO and limited modulations. It was used mostly as an add-on for electric organs, in fact, the US company Thomas Organ bought the license to build it.

Preset sounds include brass, reeds, strings, and other sounds. As many keyboards of that time, the Satellite is not properly tuned along all the keys (especially at the ends) so we included two versions: tuned and untuned.