Augspurger has announced the release of the Solo 12MF, its latest new-generation active monitor. 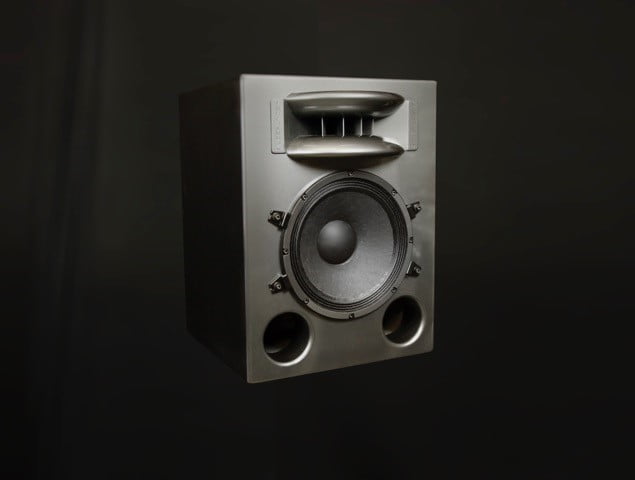 Like the Duo 8, the Solo 12MF is designed to fit in smaller control rooms where a traditional soffited mains system would not be possible. Power is provided by on-board DSP amps delivering 600 watts RMS per side with .003 THD (Total Harmonic Distortion). Optional matching subwoofers are available in 1X12, 2X12, 1X18 and 2X18 sizes, expanding the system to a three-way, full-range solution. Wattage is then boosted to 1100 per side.

With its compact size, the punchy, precise sound of the Solo 12MF is accessible to a wide range of studios. Facilities can mount a pair of Solo 12MF monitors on stands in almost any size control room, to create a true midfield/main environment with the unmistakable Augspurger sonic impact. A three-way system can built by adding subs to increase depth and range, for even higher output and accuracy below 30Hz.

Solo 12MF represents a budget breakthrough for Augspurger: The base price of $12,995.00 per pair for a two-way system puts Augspurger’s legendary power and precision within reach of more studios, producers, mixers, mastering engineers and artists.

The introduction of Solo 12MF follows the enthusiastic reception for the Augspurger Duo 8 Mini-Main, which was nominated for a 2015 TEC Award. Notable applications of the Duo 8 Mini-Main include Coldplay producer Rik Simpson, who purchased a system to track and mix the band’s latest release A Head Full of Dreams; Quad Studios in New York City; Blasting Room Studios in Collins, CO; Destiny Nashville; and at Snoop Dogg’s Beach City Music studios. Meanwhile, the first Solo 12MF system is already in action at Atlantic Records’ Mean Streets Studio.

“Experiencing the breathtaking power of Augspurger provides audio professionals with a rare sense of control,”says Dave Malekpour, President of Augspurger. “The benefits of the Augspurger Solo 12MF are its headroom, accuracy, depth, and detail, creating an immersive soundstage where you hear and feel the music — not the speakers. Add to that the more affordable price point plus incredible tunability to any room, and there’s nothing like it.”

For over three decades, prominent recording studios and reference audio environments have relied on Augspurger main monitors, often as part of a complete control room design. Today Augspurger, based in Pembroke, MA, has optimized the manufacturing process of both legendary and newly evolved speaker designs, utilizing custom proprietary drivers and integrated DSP driven amplification which provides the ability to fine-tune the systems to any room.