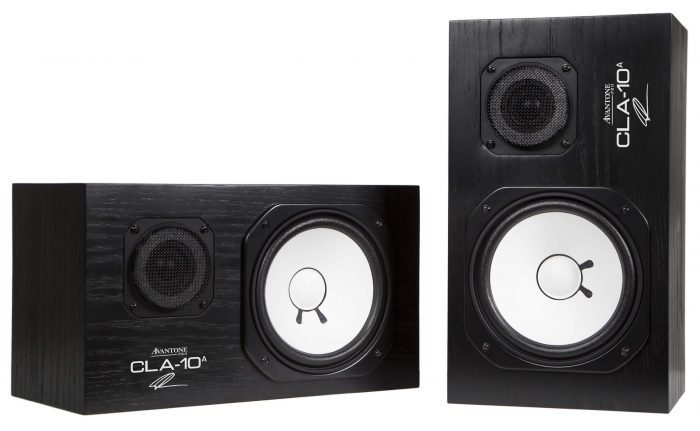 Avantone Pro unleashed its CLA-10 classic studio reference monitor — manufactured as a full-range, two-way passive pair for fixed or remote locations while also accurately recreating an iconic studio monitoring mainstay, much loved in the music industry among pop and rock recording engineers to this day as a valuable mixing tool with which to reveal shortcomings in recordings — upon an unsuspecting world in June 2018; it has since become the number one-selling passive studio monitor in the world. Within months, the complementary CLA-200 Studio Reference Amplifier successfully filled the void for a reasonably-priced, classically-designed Class A/B amplifier as a dynamic, high-output, high-resolution, full-range system built the ‘old school’ way.

With today’s timely announcement, Avantone Pro is all set to divide and conquer with its CLA-10A active monitoring system. Said system shares the same 35mm AV10-MHF high frequency silk dome-based tweeter and custom-designed 180mm AV10-MLF low-frequency driver — based on paper cone construction with ‘old-school’ speaker design artistry, thanks to the finest pulp material that performs as closely as possible to the original by being press formed rather than die cut for tonal consistency — found in the perennially popular CLA-10, as well as its cabinet construction. Being an active design, each pair of CLA-10A monitors make beautiful music together, thanks to their matching beefy A/B power amplifiers.

Avantone Pro has been constantly asked which version of the original studio monitoring mainstay its CLA-10 is based upon; ultimately, the company can now proudly proclaim… all of them! Thoughtfully, the CLA-10A boasts a rear-mounted VTPC (Variable Tissue Paper Control) knob that allows users to simulate anything — from the vertical ‘m’ model to the horizontal ‘Studio’ version — and everything in-between. Better still, this tone control effectively enables each user to choose the tweeter brightness that best serves their individual needs. 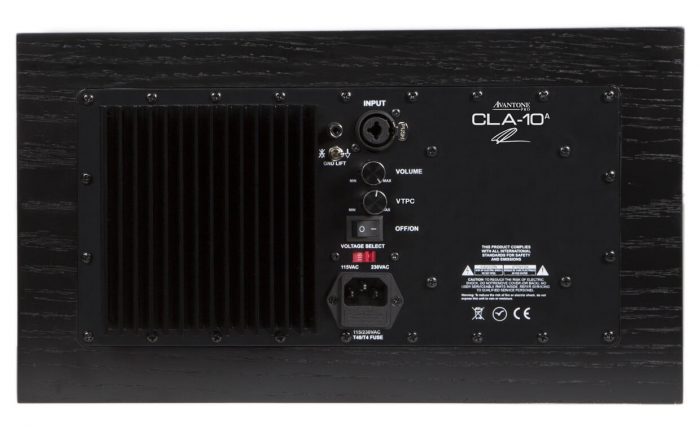 Needless to say, most two-way active studio monitor designs deploy a switch mode power supply and Class D amplifier. While this has proved to work well in recent years, Avantone Pro still places value on tradition. Bolstered by the success of the CLA-10 and CLA-200 Studio Reference Amplifier, Avantone Pro’s designers decided to stay with what engineers the world over have come to expect from that killer combination. As a result, the CLA-10A uses a linear power supply to deliver 200W of Class A/B output. Obviously a heat sink is required to do so. So it weighs more as a result. Resultant sound, though, is simply awesome.

Actually, the system itself is being run at +/-40 VDC, yielding a rock-solid 200W RMS at 1kHz into 8 ohms. Obviously, rather than use an SMPS (Switch Mode Power Supply) with the associated noise that entails, Avantone Pro opted to take a traditional design route, remaining with a linear power supply. So the power supply itself uses a massive ‘old-school’ toroidal transformer to create the classic performance of an A/B amplifier. 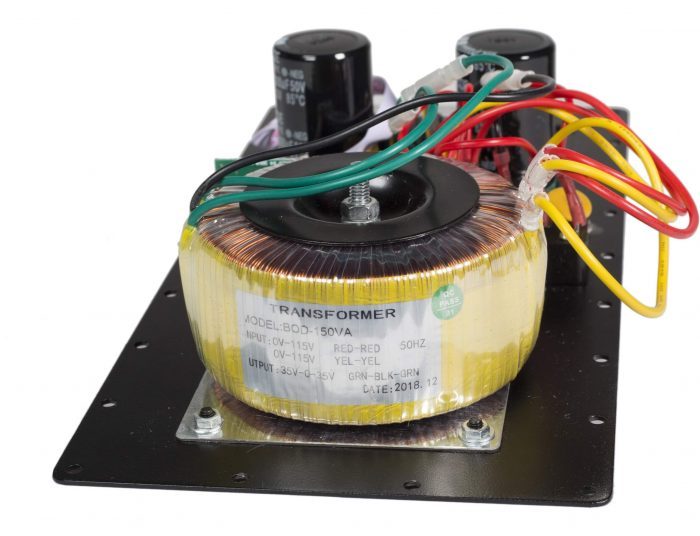 Although many companies choose to use an SMPS and Class D for this kind of system, Avantone Pro decided to stay with classic technology to maintain the legacy sound that everybody associates with this design. Duly done, mission accomplished duly achieved… an active studio monitor system fit for following hot on the heels of last year’s CLA-10 passive studio monitor and complementary CLA-200 Studio Reference Amplifier!

Save 73% on the Cinematic Synth Collection by Zero-G, get 6 Kontakt instruments for $99 USD!