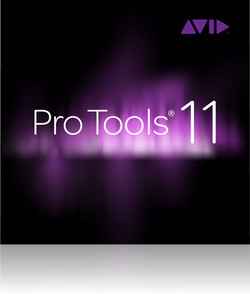 Pro Tools redefined the music, film, and TV industry, providing everything you need to compose, record, edit, and mix music and audio. Create without bounds and work at the speed of your creativity, so you can take on the most demanding sessions and deliver the best sounding mixes possible.

The update is free to download for registered Pro Tools 11 users.