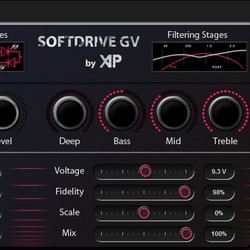 AXP has released SoftDrive GV, a free virtual-analog model of the Marshall “Guv’nor” and “Guv’nor GV-2 Plus” guitar distortion effects.

The Guv’nor is a solid-state distortion pedal first issued in 1989 to recreate the sound of a cranked up Marshall stack in a small stomp-box format. It became rather popular in the 90’s and is still used widely nowadays for its quality high-gain sound and a its tonal versatility. It was re-issued in the early 2000 in an updated housing and incorporating a new “Deep” control to mimic the effect of a JCM2000’s “Deep” switch.

This VST model is a tribute to the original effect and models the circuits of both the “vanilla” Guv’nor and its modern GV-2 variant.

SoftDrive GV expands on the original design and brings in new possibilities unthinkable of outside of the digital realm. In the spirit of my prior creations, this plug-in also features a few things to visualize what’s going on inside the box.

SoftDrive GV is available to download as freeware for Windows (VST). 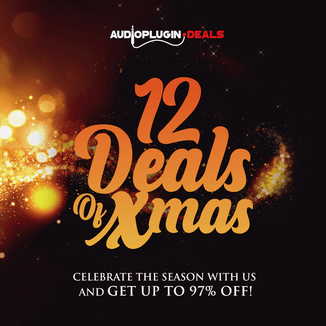