Balance Mastering has announced the release of a new equalizer effect plugin that allows you to ‘spread’ or ‘focus’ selected frequency regions. 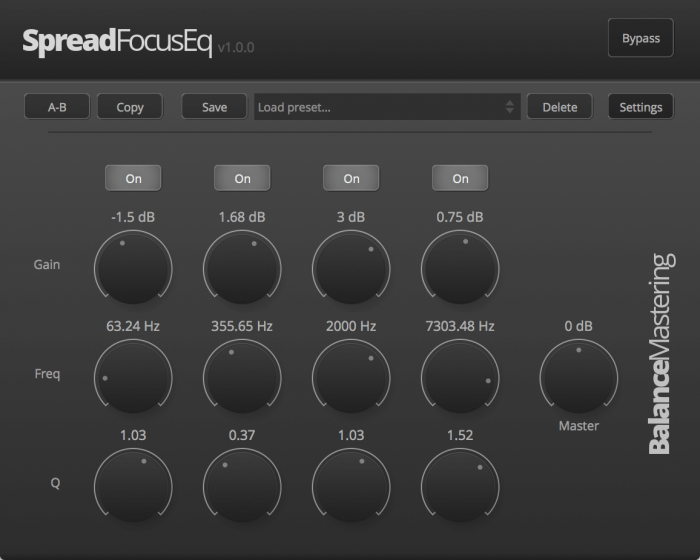 Our secret weapon in the mastering studio for some time and now we are releasing to the public.

SpreadFocus is an EQ that corrects and enhances at the same time. The effect is a pleasing and highly musical shape that is not just novel but incredibly useful. Finding that professional sound takes half the time and is twice as intuitive.

Push the gain positive and hear how an overly prominent frequency region ‘spreads’ its energy into the neighbouring regions.

Pull the gain negative and hear how a soft or flat sounding region ‘focusses’ its energy, drawing from the neighbouring regions.

The Balance Spread Focus EQ is on sale for £60 GBP until August 16th, 2018 (regular £80 GBP). A free demo version is available for download.

Mixing & Mastering with Presonus Studio One by Gary Hiebner