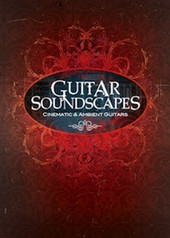 Guitar Soundscapes is the new choice for Film, TV, Sound Design, Documentaries, Games, Film Trailers, Commercials and Contemporary Cinematic and Ambient music. Whether your scoring a feature film or creating lush guitar pads for your next hit record, this library showcases composers and artists such as Michael Brooke, Tyler Bates, Coldplay, Hans Zimmer, Explosions in the Sky, John Murphy, Gustavo Santaolalla and many others!

Guitar Soundscapes is available to purchase for $129.95 USD.