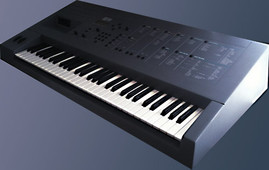 Bitley has announced the release of EIII, a ReFill previously only available as a bonus to the Fairlight II+ and XXL ReFills.

We have now decided that this very fine refill also should be available as a stand-alone refill.

The EIII refill contains multi-samples taken from our E-mu Emulator Three sampling keyboard, an 8 Mb version that originally cost $12,500 back in the late 80s. The EIII refill is a real bargain at only $25.

The EIII ReFill is available to purchase for $25 USD.

The Fairlight II+, XXL, and Kontakt Project libraries are now available at a lowered price of $85, $125, and $85 USD respectively.