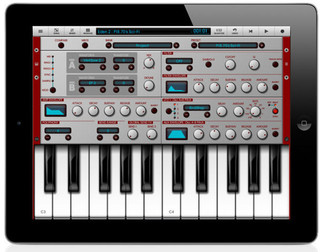 Blip Interactive has updated its NanoStudio music production app for iOS to version 1.33.

NanoStudio is a recording studio for iOS, OS X and Windows. It has virtual analogue synths, sample trigger pads, a comprehensive sequencer, a sample editor, a mixer and multiple effects all integrated into a single application.