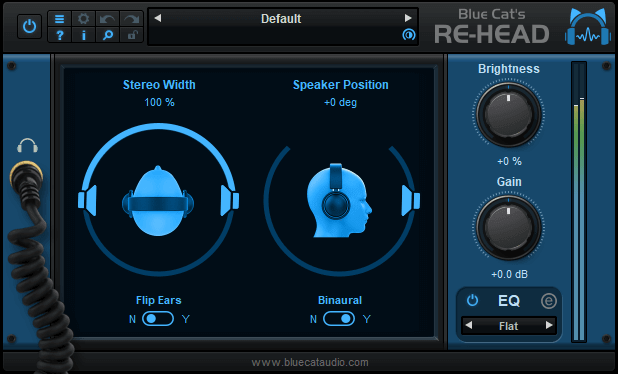 The Re-Head plug-in is based around a unique ‘head response’ model that simulates the way the listener’s head affects the audio coming from the studio monitors. To create a simulated acoustic space Re-Head also uses stereo processing to avoid the hard-panned sound associated with listening on headphones, a spectrum analyzer, EQ – and you can even add an impulse response representation of your own mixing room.

Re-Head will create a mixing room experience when using headphones. It’s also useful for musicians while recording distorted guitars and other instruments that tend to sound unnaturally in-your-face in a headphone mix.

Re-Head can not replace studio monitors, but rather make the transition from speakers to headphones and vice versa less dramatic.