This new version comes with a completely redesigned user interface with improved workflow and readability as well as many new features and enhancements: a new presets manager, new MIDI and automation mapping capabilities, many new presets, Windows AAX support, multiple display sizes, and much more… 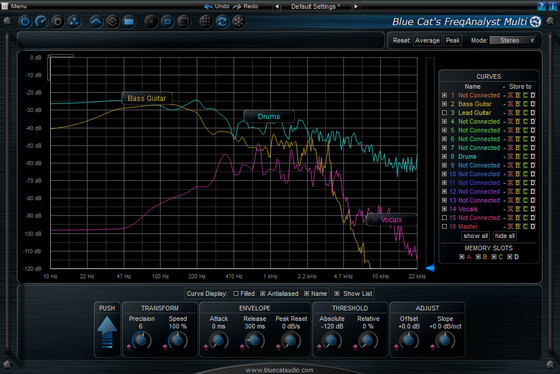 FreqAnalyst Multi lets you visualize the spectral content of several audio tracks on the same screen with extreme smoothness and high resolution, for both time and frequency.

FreqAnalyst Multi 2.0 is available to purchase with 15% discount through July, 2012, priced at 67 EUR/$84 USD (regular 79 EUR/$99 USD). The upgrade is free for users who have purchased the plug-in in the past 5 months, and a special upgrade price is available for others.