Blue Cat Audio has introduced its Oscilloscope Multi 2.0, a brand new version of the multiple tracks oscilloscope effect plug-in for Windows and Mac.

Blue Cat’s Oscilloscope Multi is a unique tool that enables the visualization of the waveform of multiple instances on a single screen in order to compare them or detect phase, synchronization or distortion issues.

This new version comes with a completely redesigned user interface with improved workflow and readability as well as many new features and enhancements: a new presets manager, new presets, Windows AAX support, multiple display sizes, and much more. 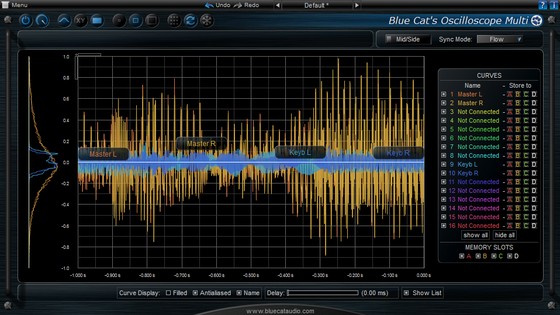 The plug-in is available alone or as part of several bundles such as Blue Cat’s Analysis Pack, the company’s flagship audio analysis solution. New customers can purchase this plug-in and its associated bundles with up to 15% off until the end of November. Customers who recently purchased the plug-in will receive the upgrade for free, and others can upgrade to the new version for a small fee.