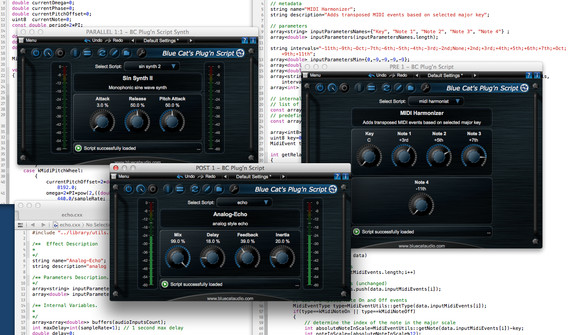 With this plug-in, it is possible to write your own real time or offline processors or instruments, with very little knowledge about programming: it is a very simple way to start learning audio and MIDI processing.

It can also be used by non-programmers as a multi-purpose processor, thanks to the 46 scripts and 120 presets that are included in the package.