Blue Cat Audio has announced the release of Blue Cat’s Plug’n Script 2.0, a new version of the scripting plug-in that can be programmed to build custom audio and MIDI effects or virtual instruments inside most Digital Audio Workstations (DAW). The plug-in is now also available as part of a new bundle: Blue Cat’s Crafters Pack. 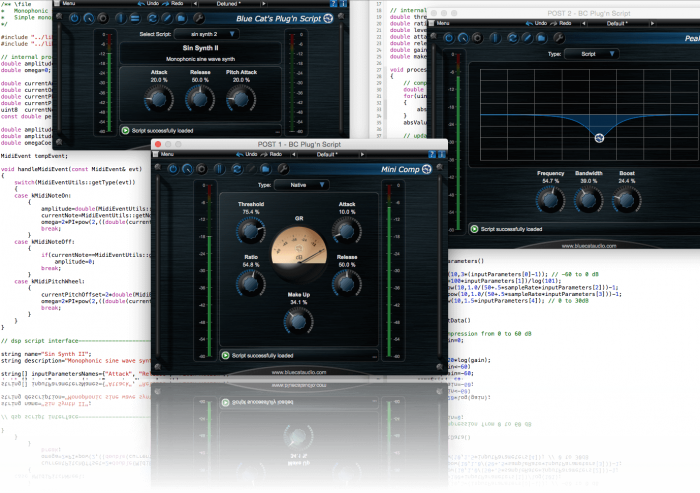 This new version of the plug-in brings many improvements, such as an extra side chain input and multiple auxiliary outputs, native (compiled) scripts support and enhanced user interface. It also includes many new scripts, presets and skins with full source code (published in the company’s github repository – https://github.com/bluecataudio/plugnscript).

This is a major step forward for plug-ins users and creators: with the same performance as native plug-ins and access to third party libraries, programmers can now release powerful scripts that can be loaded in almost any DAW, with the choice to disclose the source code or not.

The plug-in is available alone or as part of Blue Cat’s Crafters Pack, a new bundle designed for creative people who care about tools that adapt to their own workflow: it includes Blue Cat Audio’s most powerful software to quickly build a custom audio and MIDI toolbox.

Changes in Plug’n Script to v2.0