Blue Cat Audio has released version 4.2 of Blue Cat’s DP Meter Pro, an update for the unique audio metering and side chaining plugin. 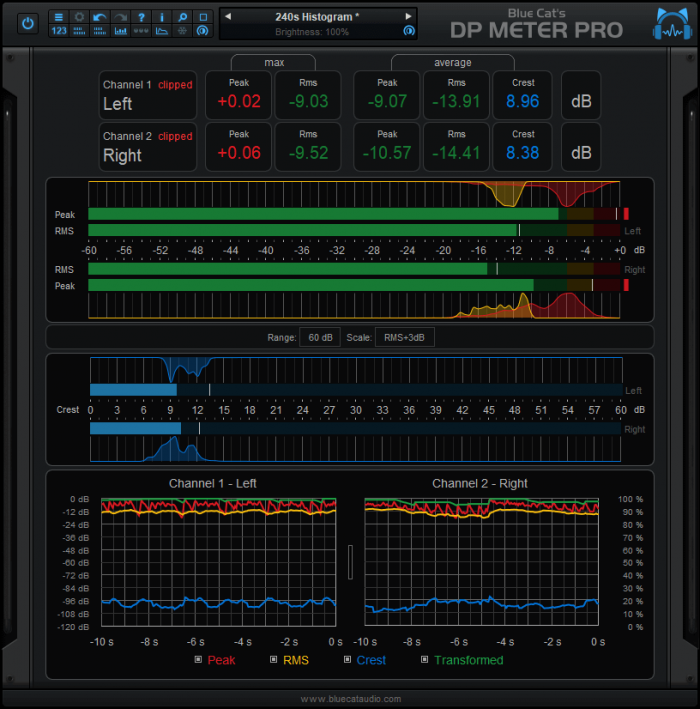 The new version comes with an updated zoomable graphical user interface to improve readability on any type of screen, with built-in brightness control to prevent eye fatigue while checking audio levels.

Presets management has also been improved, so that recalling your favorite metering configurations and ballistics settings is much faster. MIDI output is now available for the VST3 plug-in format to create side chain effects via MIDI in recent VST3 hosts. The update contains many other improvements and a few bug fixes.

Blue Cat’s DP Meter Pro (DPMP) is a unique audio analysis tool: it combines very flexible and customizable audio meters with advanced side chaining control capabilities thanks to its MIDI and automation outputs.

The metering capabilities of the DPMP plug-in let you control and monitor audio signals exactly the way you want: almost every aspect of the peak, RMS and crest factor meters can be customized. It proposes five different scales by default, including Bob Katz’s popular K-System scales (K-12, K-14, K-20), and you can create your own.