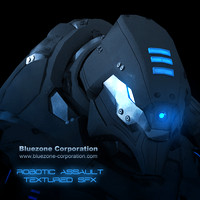 This downloadable sample pack contains an overdose of modern battle sounds, aircraft movements, guns and weapons sound effects, textured robot transformation and much more. This awesome pack is an absolute must-have for any Dubstep / Drum and Bass music producers and very useful for designing scores for film and video games.

The sample library is available to purchase for 24.95 EUR.