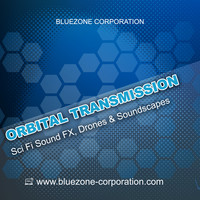 This new sound collection for modern music composers offers over 80 WAV sound FXs, futuristic soundscapes, dark Ambient textures and much more. ‘Orbital Transmission: Sci-Fi Sound Effects & Soundscapes’ holds over 300 MB of audio samples and is specifically designed to add finely crafted sound effects and dark ambiances in your future productions. Many of these samples are over 50 seconds long. Like all Bluezone Corporation sound libraries, this pack is royalty-free and does not require any additional costs or permissions – it’s 100% ready to be used in your commercial productions.

Orbital Transmission is available for €10.95 EUR.